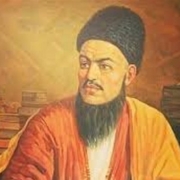 Translation: beauty of God is due to its intimacy and virtues.

First Explanation:
Any human who reaches to the virtue of truthfulness, will hear a sound within that sound is God.

Third Explanation:
Great mystics believe that truthfulness hidden in God is shown in the universe, therefore the universe is brief and is extract of symbols of God.

Fourth Explanation:
Human in them includes all truth from God himself.

Fifth Explanation:
God has created humans simple and honorable. However, gathered all greatness of the world in him.

Sixths Explanation:
God told human that you are my mirror, house and settlement and invisible treasure of my secrets

Seventh Explanation:
Ebne Arabi states in Fousousol hakam that the truth of the characteristics of God can appear for any one to the most which is all related to the truthfulness of him.

Opinions and thoughts of Nizami Ganjavi, theory of Teacher
Scroll to top