1- Investment of investment companies in the field of global economy with the aim to finance necessary measures through industry rather than eliminating the forests and jungles. Tax exemption for these companies is a must.

4- The use of modern aqueducts for agriculture and make the lakes watered that which face the problem of drying, including the Aral Sea in Kazakhstan, Urmia Lake, Caspian Sea, Hamoon and Gavkhooni in Iran, and other lakes using this basic concept, using natural resources in a natural way.

6- Establishment of feeding dams and dismantling of reservoir dams on rivers flowing into lakes, such as Gorgan, Hamoon, Amu Darya, Jeyhun, Aras rivers in compliance with legal conventions in cooperation with neighboring countries Iran, Turkmenistan, Afghanistan, Uzbekistan, Kazakhstan, Armenia, Azerbaijan to face groundwater aquifers and modern aqueducts to address dehydration of drought-prone lakes, as well as to prevent and seriously combat the phenomenon of sandstorms and salt storms in connection with Hamoon, Urmia, Gavkhooni lakes in Iran and the Aral Sea in Kazakhstan and other lakes under threat of drought.

Definition:  The cause of melting Arctic and Antarctic ice and global warming among others is the building of reservoir dams on the rivers, including seasonal and permanent, and the main reason is the lack of recovery cycle of Seas and lakes vapored water with the amount of water entering the global water resources.

Definition: In places where reservoir dams have been built on seasonal and permanent rivers flowing into the seas and lakes, we are witnessing a lot of environmental pollution including hot and sultry summers and very dry and cold winters. In this regard, we face spontaneous forest fires and tree drying due to very cold winters.

Reforms in Islamic countries in terms of economy are necessary especially in the Middle East including Iran and north of Africa.

Definition: in Iran’s south Pars oil and gas field more than 70 to 100 billion dollars are spent while only one billion dollars is allocated to agriculture industry. Despite vast propaganda on oil-free economy, the new mechanized systems are not implemented in the field of agriculture yet. Cooperatives in agriculture section has been playing a vital role in investment within 60 years of operation, but the farmers and those active in this field do not have even one share of it. However, the status of cooperatives in Iran is not comparable to those of west Europe or America. 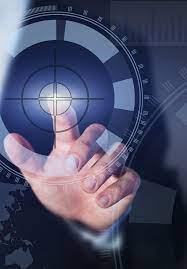 Reducing inflation to zero is an intrinsic constraint for any economic systems.

1st definition: the intrinsic constraint means that the controlling systematic collusion and violation, embezzlement, under action and the prices delusiveness principle in our economic world makes us believe that the price fluctuation is non-controllable

2nd definition: the delusiveness of prices is not defined in economic world. this means that taking into account the global production and irreplaceability of energy resources for fossil energy and the global market attraction and consumers attitude based on consumption factor, the price level is not defined in any levels 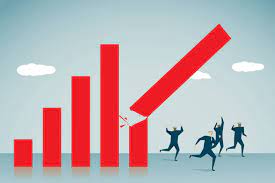 In spite of its credit and importance, the economy of Iranian school with its fundamental theories is not paid attention in different scientific gatherings due to political reasons, but it will have an outstanding effect on the university economic growth as well as the function of economy in international policy.
Many of the professors of economy now accept the fundamental theories of Iranian Economy School which has been approached to the main stream of economic thought. The reason behind this is that the Iranian economic school has changed the economy and the global economy is getting close to Iranian School. Given the remarkable improvements in Iranian economy, the Iranian economy school will soon play an effective role in academic economy. This school has been developed, but unfortunately has not entered academic economy yet and is not in compliance with the general policies of Iran. Understanding the global economy system has always been the major specification of Iranian economy school which has opened its path in political economic negotiations, but shall undergo difficult circumstances in order to be accepted.

The change in supply x changes in demand …………1
The imbalance principle in Iranian economy school
1- One is a complete number
2- The changes and tolerance in price in market are defined by percent and mathematical coefficient
3- There is always disposable inventory in the market
4- During economic sanctions and Force majeure situation such as earthquake or flood, we face the decrease in the value of the currency and non-controllable inflation