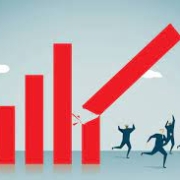 In spite of its credit and importance, the economy of Iranian school with its fundamental theories is not paid attention in different scientific gatherings due to political reasons, but it will have an outstanding effect on the university economic growth as well as the function of economy in international policy.
Many of the professors of economy now accept the fundamental theories of Iranian Economy School which has been approached to the main stream of economic thought. The reason behind this is that the Iranian economic school has changed the economy and the global economy is getting close to Iranian School. Given the remarkable improvements in Iranian economy, the Iranian economy school will soon play an effective role in academic economy. This school has been developed, but unfortunately has not entered academic economy yet and is not in compliance with the general policies of Iran. Understanding the global economy system has always been the major specification of Iranian economy school which has opened its path in political economic negotiations, but shall undergo difficult circumstances in order to be accepted.