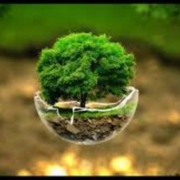 1- Investment of investment companies in the field of global economy with the aim to finance necessary measures through industry rather than eliminating the forests and jungles. Tax exemption for these companies is a must.

4- The use of modern aqueducts for agriculture and make the lakes watered that which face the problem of drying, including the Aral Sea in Kazakhstan, Urmia Lake, Caspian Sea, Hamoon and Gavkhooni in Iran, and other lakes using this basic concept, using natural resources in a natural way.

6- Establishment of feeding dams and dismantling of reservoir dams on rivers flowing into lakes, such as Gorgan, Hamoon, Amu Darya, Jeyhun, Aras rivers in compliance with legal conventions in cooperation with neighboring countries Iran, Turkmenistan, Afghanistan, Uzbekistan, Kazakhstan, Armenia, Azerbaijan to face groundwater aquifers and modern aqueducts to address dehydration of drought-prone lakes, as well as to prevent and seriously combat the phenomenon of sandstorms and salt storms in connection with Hamoon, Urmia, Gavkhooni lakes in Iran and the Aral Sea in Kazakhstan and other lakes under threat of drought.

Definition:  The cause of melting Arctic and Antarctic ice and global warming among others is the building of reservoir dams on the rivers, including seasonal and permanent, and the main reason is the lack of recovery cycle of Seas and lakes vapored water with the amount of water entering the global water resources.

Definition: In places where reservoir dams have been built on seasonal and permanent rivers flowing into the seas and lakes, we are witnessing a lot of environmental pollution including hot and sultry summers and very dry and cold winters. In this regard, we face spontaneous forest fires and tree drying due to very cold winters.