Open letter to Iranians and Economists

Due to unprecedent devaluation of the national currency value in Iran many manufacturing firms are broke and went bankrupt and increase in demands causes inflation and it will have direct result with the value of national currency. This happening is called ceased operation and for its neutralization and avoiding shrinkage of rial currency against known international currencies we will have 3 elements to overcome, capital, profit and time with the functionality that I explained in the previous open letter. The most important goal is preservation of wealth. Iranian school of economic thought will have a fundamental scheme to support that. Our aim is using limited financial resources in an optimal way and we will give profit to citizens based on an approach of capital preservation. 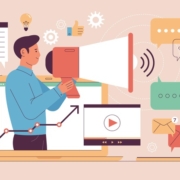 Open Letters to Chauvinistic Iranian People and Economists for Overcoming the...
Scroll to top