According to open letters at the end of 1996 and early 1997, if the performance tax was exempted from money and capital market companies (stock exchange and over-the-counter finance market), the expected return on long-term and short-term stocks and securities will ascendingly increase in the capital market and Inflation will be managed as production increases and government expenditure will decrease and government revenue will get high accordingly. According to the diagram of the identity function in the set of real numbers (for example, for eliminating and removing the risks of money and capital markets) for each economic policy entry- risks of fictitious inflation caused by the distress in the US international economy- the devaluation of money in the Iranian economy will be out and in ix = x the range and domain of the function are equal and the diagram of identity function will be in the set of real numbers of the first and third quarters of bisector of the line y = x according to the explanation that I will give.

A Collection of Open Letters to the Patriotic People and Economists of Iran;

Collection of Open Letters to Iranian and Iranian Economists 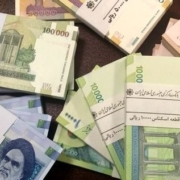 An Open Letter to the Patriotic People and Economists of Iran

Collection of Open Letters to Iranian and Iranian Economists

A Collection of Open Letters to the Patriotic People and Economists of Iran...
Scroll to top