Theory of Production, Cost and Decision of the Firm :

The basis of this theory is based on the principle that as production firms offer products and services in competition with their counterparts in the country and the global economy, current production costs will be reduced, but capital costs such as production lines not. Methods of production with the aim of competing with the global economy to maintain the consumer’s market with research and development cost credits will have a competitive behavior with the competitive market, and when does cost theory and decisions of the firms will affect the national currency of the Iranian? When it is realized that goods and services are explicitly and implicitly consumed in the process of earning and selling and those are based on the concept of profit, in this sense, the theory of value depreciation and devaluation and future benefits of using goods and services will be conceived. We use mathematical analysis of variation and variables, mathematical symbols to get this topic that will appear on the next page. 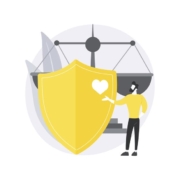 Theory of Production , Employment , Price and Growth
Scroll to top