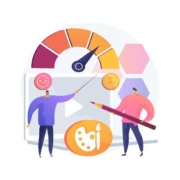 Logical Conclusion of the General Theory of Employment, Profit and Money by John Maynard Keynes

In case in the capital market, based on the rule of supporting the producers and consumers, the governments decrease the operation tax, the massive investment will be released in the capital market due to the reduced risk of investment consequently the exchange and OTC Finance companies will increase the production lines, therefore the employment will be high and the inflation will be reduced also the national currency value will be enhanced and the profit in the banking system will also increase and as the producers receive more facilities from them for their production the gross national product will be high again accordingly.

First explanation: In the international economy, banks and financial institutions are accepted in the capital market and are active and also a great part of that will be formed as capital and insurance companies.

Second explanation: Based on the multifaceted law for supporting the producers and consumers and operation tax exemption of exchange companies particularly in Iran, banks and financial institutions will be freed from crisis.

Logical Conclusion of the General Theory of Employment , Profit and Money